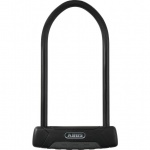 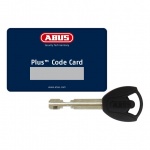 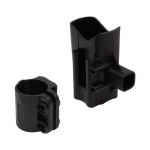 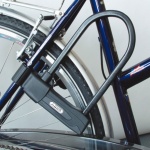 Opis
The U-lock with security level 12 from 15 is one of the classics in securing bicycles and not without reason. Hardened 12 mm round shackle and no moving parts outside of the closing mechanism provide an excellent starting position for the hardest resistance.

ABUS Level System
Bicycle locks can have very different requirements. The two main aspects are the bike and the location where you want to lock it. But also the weight of the lock plays a role – a lock on the road must not be too heavy, unlike a lock for home. The ABUS Level System is a transparent system that reflects the security level of the lock. The scale – shown as a speedometer – reaches up to level 15 for bicycle locks, making it easier to find the right lock for you and your bike!

Transport
USH 470 – Universal bracket with easy mounting on round frames with a diameter of 15-35 mm. 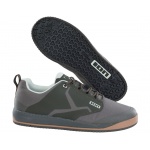